Relative Strength Index (RSI) is a momentary indicator and belongs to the same group as the MACD and Stochastic. The RSI is displayed in a separate window as a chart with a scale from 0 to 100. The RSI is mainly used to identify overbought and oversold areas and to search for opening and closing moments, but it is also used as a divergence indicator. 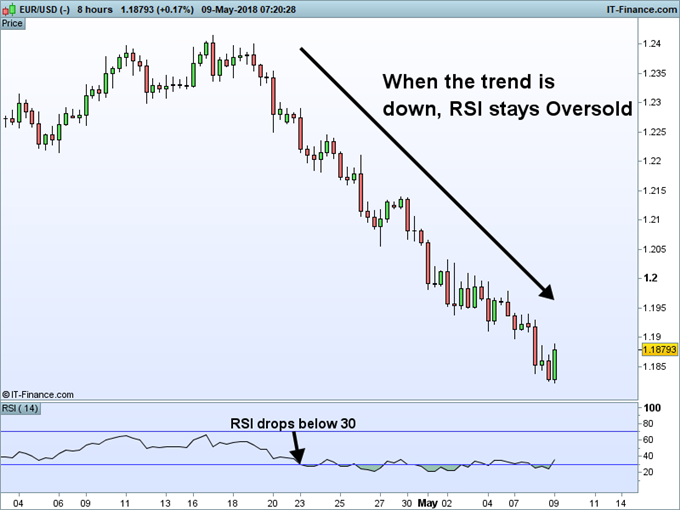 RSI and Stochastic are very similar in both form and content, so they are easy to confuse. Both are based on the lows and highs of the price over a given period. And show the oversold and overbought areas. Below is a comparison table of the two indicators.

The difference is also that the RSI has only one line and the Stochastic has two tracks. The second line of the Stochastic oscillator is denoted as %D and represents a standard moving average (SMA) of %K. It is the so-called "signal line", which, when crossed from the mainline, makes the trader understand that he should buy or sell.

There is also a difference in the overbought and oversold range: for RSI it is 70 and 30, for Stochastic it is 80 and 20 respectively. However, in volatile markets, the RSI also takes values of 80 and 20 to reduce the risk of false signals.

Interpretation of the RSI chart

If the default values are used, raising the RSI signal line above 70 means it is overbought and dropping below 30 means it is oversold. Falling below 30 and breaking this level again is a bullish signal, i.e. a signal to buy. The reverse situation (cutting through the level 70 down) gives a sell signal.

RSI best defines oversold and overbought in periods when there is a specific stable trend, so it is used in the trend market. In this case, to avoid risk and false signals, you should always trade according to the pattern.

In the chart below, the RSI crosses the overbought level several times, thus indicating a bearish signal. However, if in this case, the trader started to sell against the trend, he would incur losses, because the general direction is still upward. Forex trading usually does not involve responding to such small price fluctuations, so traders tend to always trade-in trend. It is only worth exiting when you can see that the trend is moving in the wrong direction, which is confirmed by highs or lows.

However, one should not think that such bearish signals from RSI are always false - often they do coincide with a fall, albeit temporary. If the RSI breaks down the 70 levels (rather than just being in the overbought zone), you can also go against the trend, but then you need to set stop losses very carefully in case the uptrend continues. 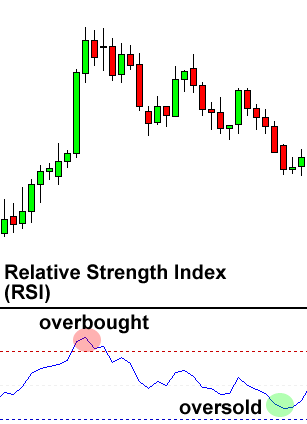 In the case of RSI, a false breakout is a breakout of an overbought or oversold level, after which the signal line goes back and does not break through this level for some time. Although it is called a false break-up, it is a signal for trend reversal (false break-ups at level 70 are a sell signal, at level 30 - a buy signal). In such periods there is also a break-up of the RSI trend line. So traders indicate the trend not only on the price chart but also on the indicator.

Combination with other indicators

Since trend direction is significant for using RSI, it is logical that it is used in conjunction with trend indicators such as moving trends or MACD. This approach is beneficial because it eliminates risk and false signals and allows you to achieve maximum trading results.